Here at Braehead, we have regular performances from our talented group of buskers.

You’ll find the performing most weekends outside Car Factory on the upper level of the centre. 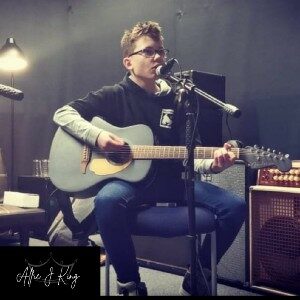 Hi… I’m Alfie J King ! I’m 13 years old and originally from Surrey but moved to Alexandria in 2016. I love to sing, play the guitar and write my own songs.

With my friend Ava, we were the first-ever duo on The Voice Kids as part of Team Will.i.am in 2019. Since The Voice Kids, I have thrown myself into my music and during the pandemic, I have learned to play the guitar and had a go at songwriting.

I can be found frequenting the Glasgow open mic circuit. I have played gigs in the iconic King Tut’s Wah Wah Hut and Classic Grand in Glasgow as well as other local venues in and around Glasgow.

I am a keen fundraiser and support several charities but one close to my heart is the Beatson Cancer Charity. My charity efforts were rewarded when in 2021 along with my friend Jack, we won two Young Scot Awards – Unsung Hero as well as being crowned the overall Young Scot of the Year for 2021.

I became one of the youngest radio presenters in Scotland in 2021 when I jumped at the opportunity to front my own radio show on Lomond radio on a Saturday at 2pm, from that “Alfie’s Song Club” was born. 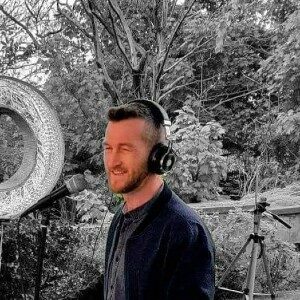 Gary Lynass and Nicola Mason have been performing good time party hits since meeting in the 90’s. Performing songs from the 50’s till today, you can usually find something for everyone.

Gary and Nicola can be found busking, performing at weddings, social events and private functions.

Don’t forget, you can connect with them on Facebook 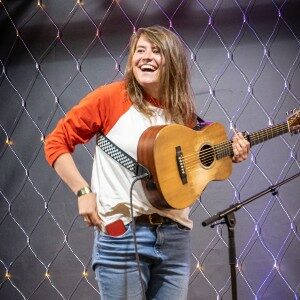 Maria is a 22-year-old Street Performer and Musician from Glasgow. She has worked in the industry for a decade performing on high streets across the UK as well as at weddings, in bars and at events and shows. She has performed on the BBC Stage at the Edinburgh Fringe Festival and at an International Food Festival in New York to name a few. 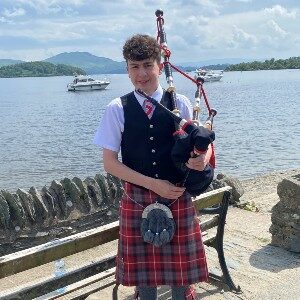 Mark has been performing since the age of 3 in various theatres across Glasgow including the Kings and the Royal concert hall as well as Manchester, Birmingham and London’s West end.

He is a member of the Clydebank Musical Society Juniors and reached the final national competition West End Calling.

As well as musical theatre he plays the piano and bagpipes and is a member of the National Youth Pipe Band of Scotland Junior Band. Mark recently started to combine his bagpiping and singing and appeared on the Voice Kids 2020, he was also awarded West Dumbartonshire Lord Provost Arts and Culture Champion 2021 for his fundraising and work in his local area.

My name is Jack James Mullen and I am 15 years old. I began performing in the summer of 2019. I am very charity driven and have helped out lots of various charities through my singing. I have won awards for my work and I am young Scot of the year as well as a young Scot unsung hero winner. I have performed on the main stage of King tuts in Glasgow and made it to the blind auditions of the voice kids 2020.

If you’d like to join our team of talented performers email Braehead.information@savillspm.co.uk

We use cookies on our website to give you the most relevant experience by remembering your preferences and repeat visits. By clicking “Accept All”, you consent to the use of ALL the cookies. However, you may visit "Cookie Settings" to provide a controlled consent.
Read our Privacy PolicyRead our Cookie Policy
Manage Settings Reject All Accept All
Manage consent